New York City’s only Republican Congressman, Dan Donovan’s constituents have often complained of his disappearance since he got elected. Surrounded by a multitude of controversies, Donovan’s stance on immigration policies and the Muslim ban have led to a public outcry among Bay Ridge and Staten Island residents: people of his constituency.

The protest, sponsored by the Arab American Association New York, Bay Ridge for Social Justice and the New York Immigration Coalition called for the Congressman to pass the #CleanDreamAct before the February 8th deadline. Protestors most of whom were Bay Ridge residents -unmoved by the cold- signed post cards addressed to Chuck Schumer and peacefully stood in front of the 86th Street and 4th Avenue subway station holding boards and wide smiles. 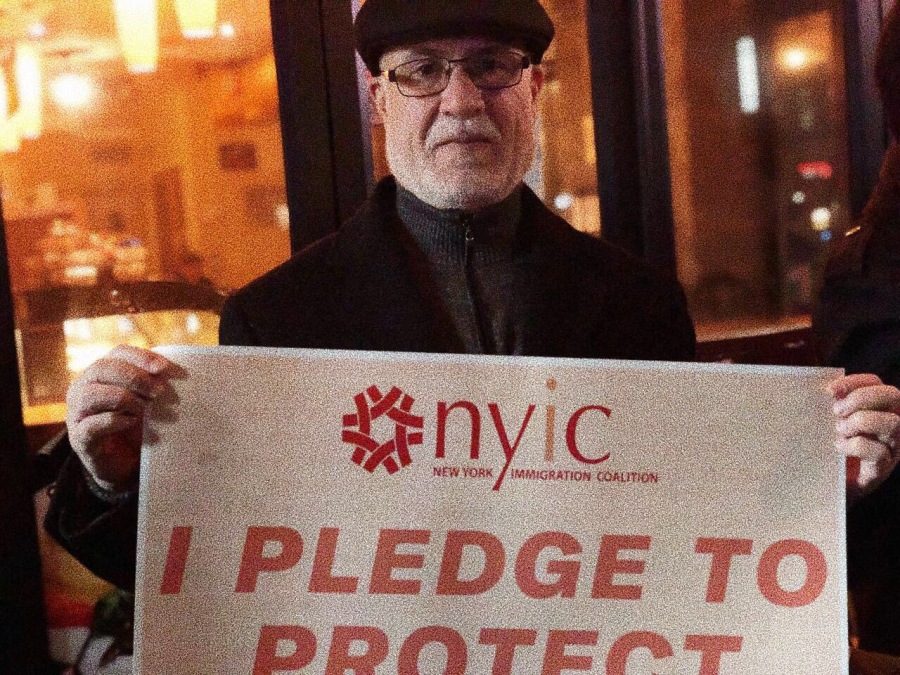 Bay Ridge, a diverse neighborhood in Brooklyn has the largest Arab American Population in the country along with the highest Palestinian population in the East Coast.  Dr. Ahmed Jabar, 71, a resident of Bay Ridge and co-founder of the Arab American Association New York and a refugee from Palestine is now an American citizen who has practiced gynecology for several decades and delivered about 5000 babies.

“Statements that were politically incorrect earlier have now become a norm. People keep telling Hijabi women to go back to their country but this is their country — they were born here,” he said. “Similarly, young immigrants protected by the Dreamer’s Act only know America as their country.”

Mike Decillis, a democratic representative running for a seat in Congress representing the constituency of Bay Ridge and Staten Island is often sported at protests and rallies that support immigration policies. Stating that the dreamers need a path to citizenship he urges that, “We don’t want 10 million undocumented immigrants, we have to bring them out of the shadows so part of the immigration reform is dealing with and not ignoring the people that are there and not handling it solely criminally.”

The protestors had a hard timed garnering attention from the public but attracted young residents of the community including high school students from the neighborhood.

One such student, Alex Pallitteri’s mother is an immigrant. Her stories of difficulties and shortcomings has always been frightening to him. Just like the other protestors, for him too, no politician should have the right to deport young immigrants, “I think they have a right to build a life here especially when many of the things that they are fleeing from in their country of origin has been caused by America,” he said.